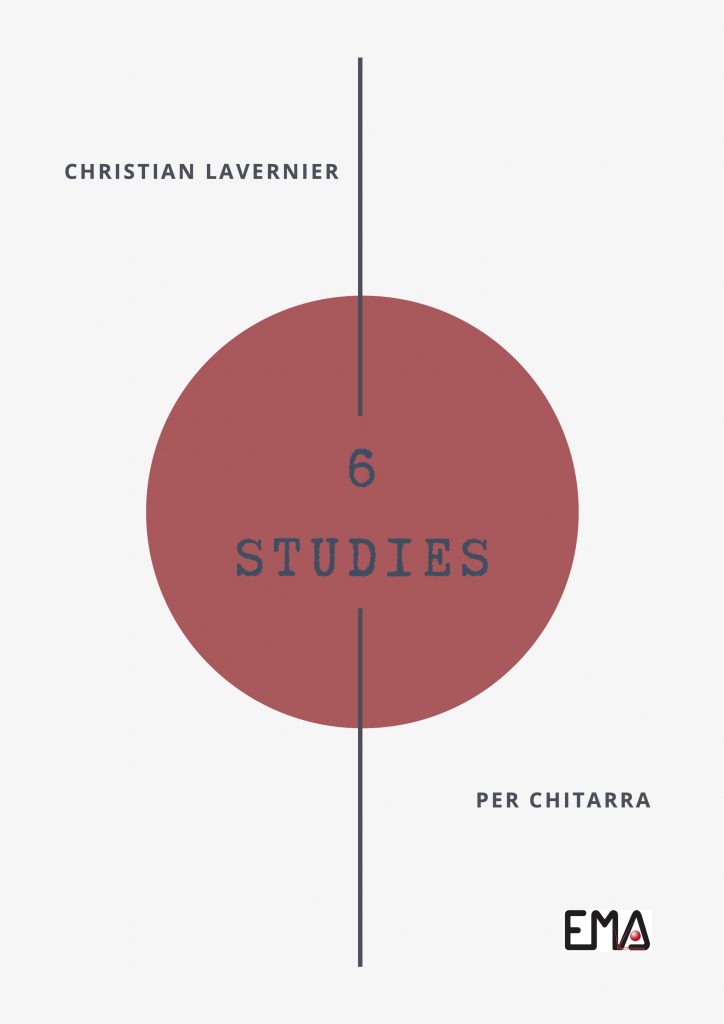 There are many guitar studies on which generations of guitarists, including myself, have been trained and which still today remain milestones in the technical musical development of this instrument. However, I felt the need to give shape to my own proposal to elaborate and investigate some specific technical aspects concerning “Accents, Left Hand Jumps, Ligatures, Chords, Harmonics and Tremolo”. In the “Studio I” dedicated to accents, each aspect of the right hand is highlighted by passing the respective accents on each finger in rotation: index, middle, ring and thumb. In this way, a conscious and homogeneous control over movement and force is developed. In the “Studio II” dedicated to the jumps of the left hand, I have prepared a series of obligatory jumps that force the dialogue between “eye” and “joints” in a coordinated and joint manner. The eye will arrive, at an advanced stage of study, always before the left hand on the notes indicated. Studio III” is dedicated to ligatures, the cross and delight of every self-respecting guitarist. The various formulas proposed aim to develop a strengthening of those weaker joints, such as the middle ring finger, forcing unusual gestures that can often appear in various scores of both past and contemporary music. In “Studio IV” we work on timbre and sound balance in the tuning phase. The guitar is an instrument that produces sound in a unique way and the chords and their balance, the “sound filling”, depends on the right hand and its degree of sensitivity and control over the strings. The harmonics proposed in “Studio V” are instead a well known guitar technique and widely used in various eras, here proposed with the use of “artificial” harmonics mixed with natural harmonics and with a fingering “in imitation of the harp” using the thumb, index and ring fingers in a fluid way, reconstructing the chord and its movement. Finally, “Studio VI” on the tremolo, another technique peculiar to the guitar. The fingerings proposed, some of which, such as the middle and ring fingers on decidedly unusual rebates, form a balance and education of the joints even on unusual movements that many times are not fully controlled and can create an unbalance within the tremolo itself. In my studies I have tried to work out compositional formulas that will allow the student (or whoever is in an in-depth study of music) to understand possible technical weaknesses and overcome them without forgetting that technique remains an individual matter.