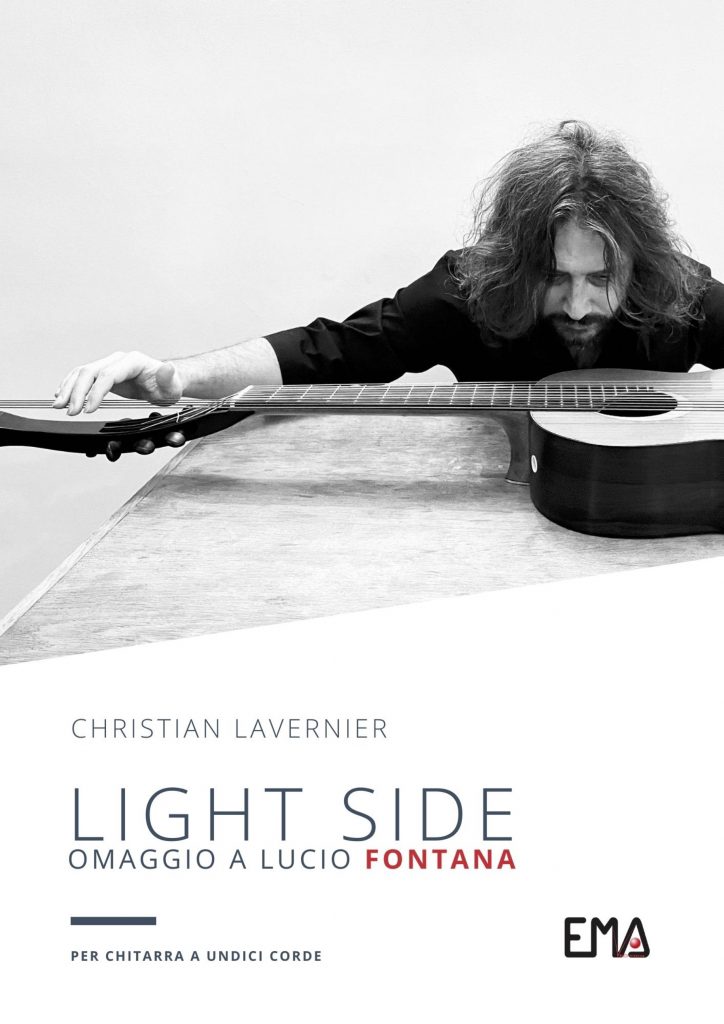 beyond the canvas. The long work done on the cuts leads to a different concept than the

bi-dimensionality of the canvas. It was Lucio Fontana himself who wrote: “I never wanted

to destroy, on the contrary, I wanted to create because light passes through it”. The idea

for this work for “La Soñada”, an eleven-string guitar made by the luthier Carlos

Gonzalez, starts from the idea of exploiting an initial sound input given by the rubbing of

the finger of the right hand on the eleventh string, creating a sound effect reminiscent of

the cutting of the canvas. This creates a resonant, suspended melody that accompanies

the whole piece, interspersed with the cuts made by the eleventh string when rubbing the

fingernail on it, as if one could see beyond the canvas and imagine new figures. The main

melody, always free and resonant, ends with a diminuendo finale that tends to become

weaker until it stops in suspension.